I have been working on two desks....here is the first.....a great Goodwill find by my husband, despite me telling him not to buy it because it needed new legs and a lot of work to strip the dark brown paint it had on, he bought it.  He told me that it would be his project and it was a piece he liked a lot and would make a new leg for it and fix the others.  Now, he is not a carpenter, we don't have the right tools to make something...we just fix what we can, but...he did it, he made a leg for this piece, and is now a great desk.  He chose the color and the stain, despite me telling him the top stain would not go because of the red mahogany wood, it will bleed through the stain he chose..he did not listened to me, he insisted..."ok" I said..."I'll do what you want me to do,"  well....I like how it came out.  He picked a stain called "Weathered"  by Varathane, and a custom grey color with a hint of blue mix, the red tones on the top mixed with the stain look great.  This is a piece I would like to keep for me.  The side drawer handles were sprayed with a metallic beige paint from Krylon, but he wanted me to just clean the knobs for the middle drawer, he wanted the "green patina to remain on the knobs," he said.  Here is what it looks like now, the before and the after. 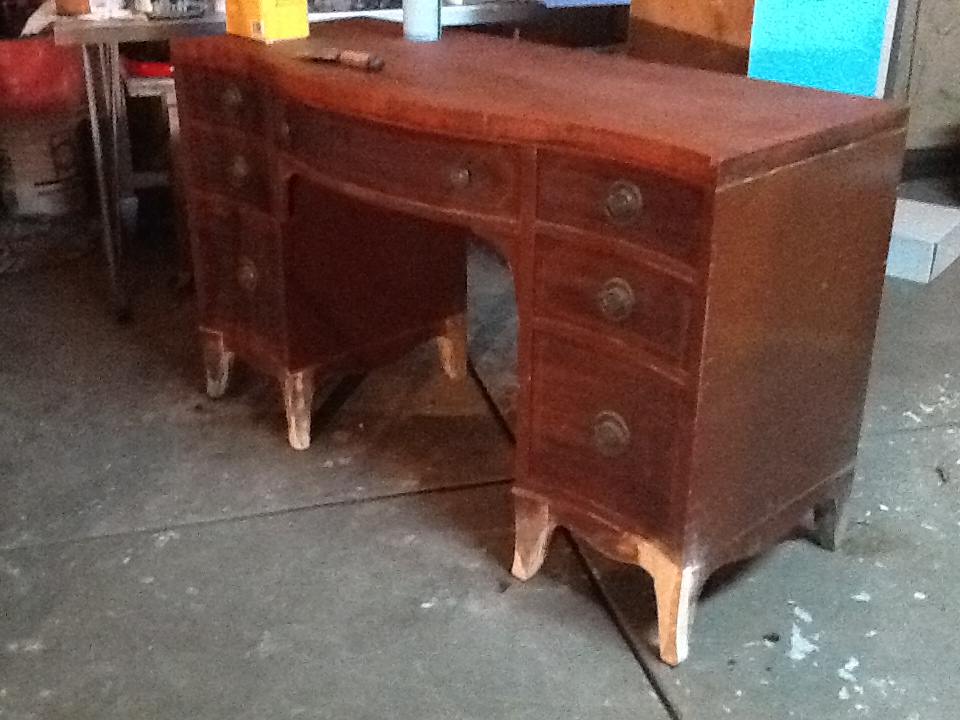 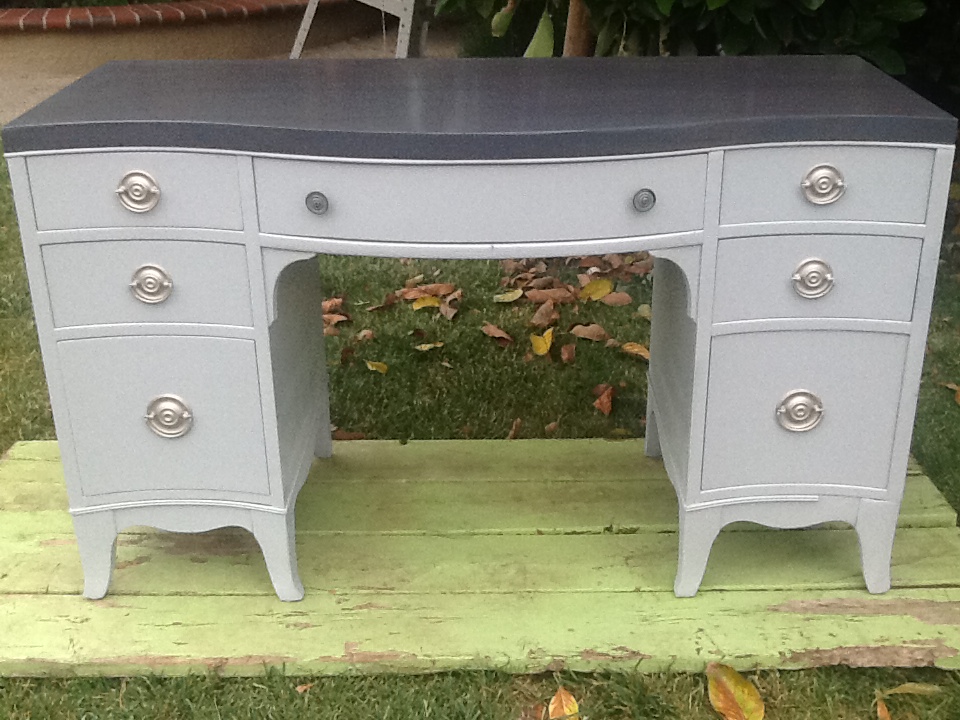 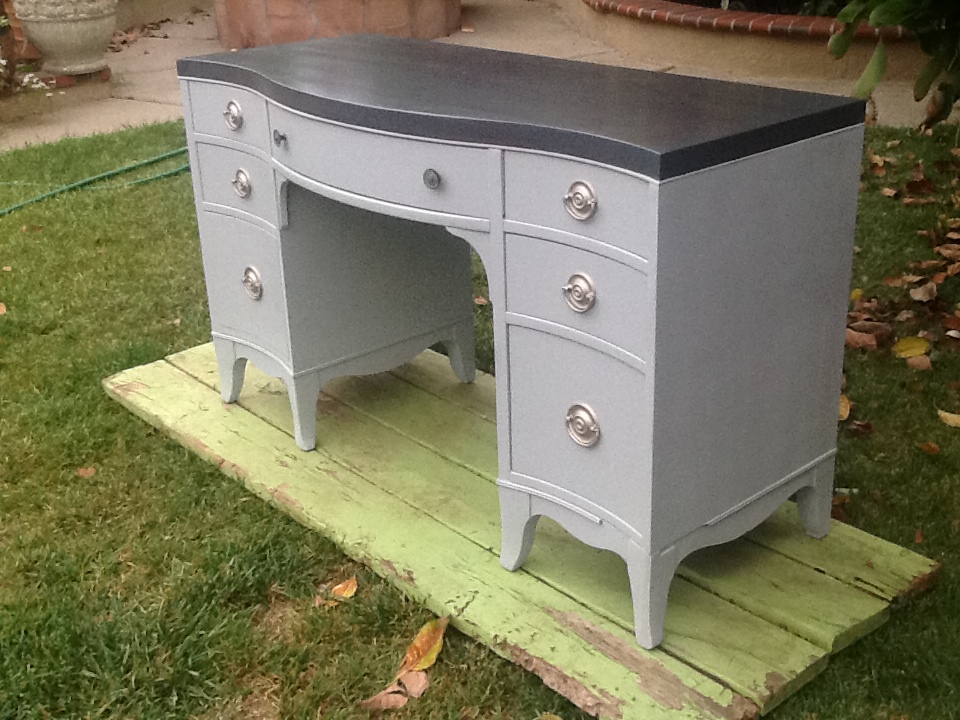 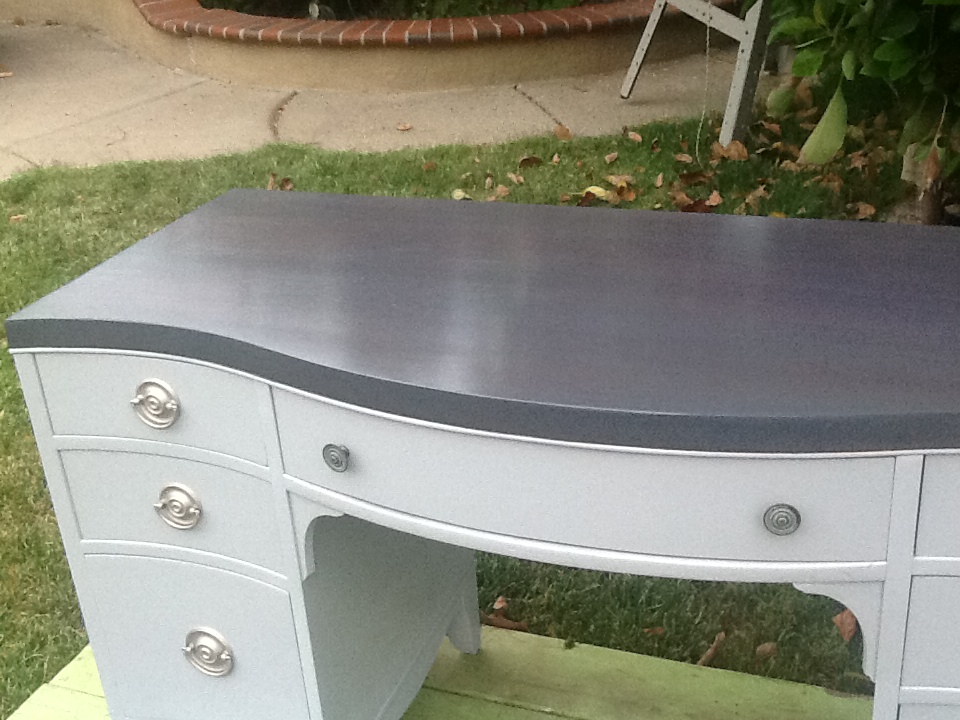 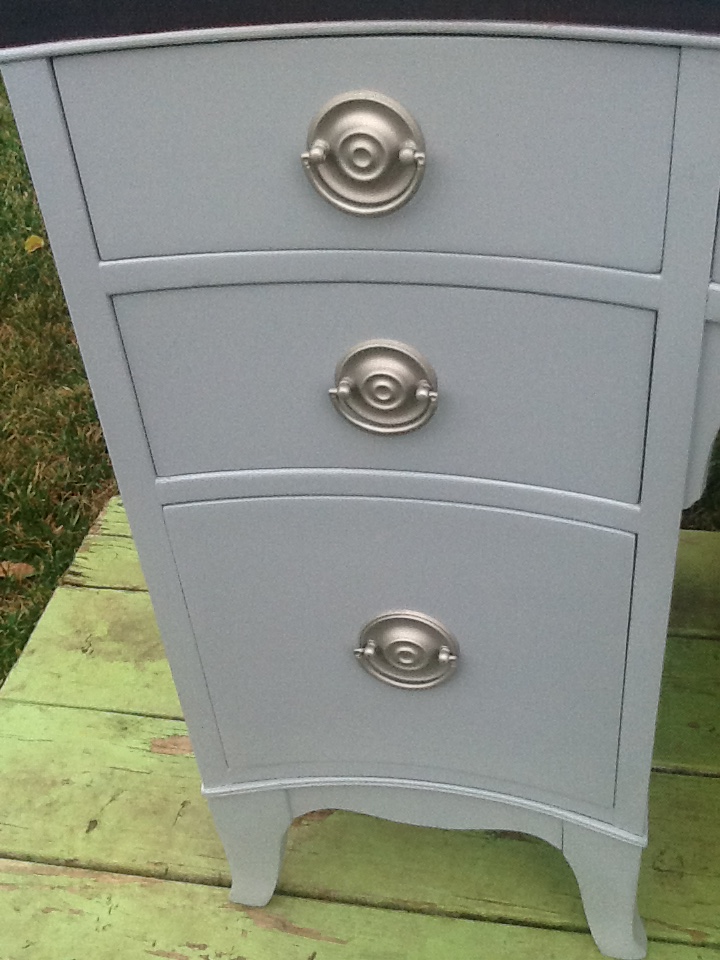 Thank you for visiting!!! 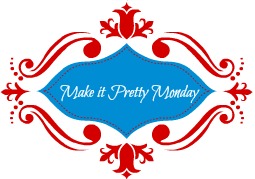 Please enjoy your visit to our blog and..